Ever find yourself in need of a motivational boost? Action quotes can be great for getting you out of a slump. We have compiled the best and most inspirational action quotes that will inspire you to give your best every day. Action Quotes are also great for motivating employees, family members, and friends!

In a world where the pace of life is so fast and there are so many distractions, we need inspiration to keep going. Action Quotes can help you stay motivated on your journey by reminding you that anything is possible if you work hard enough! In this blog post, we will provide an Action Quote for any situations

■ Between saying and doing many a pair of shoes is worn out. ~Italian Proverb

■ He liked to go from A to B without inventing letters between. ~John McPhee

■ All know the way; few actually walk it. ~Bodhidharma

■ In skating over thin ice, our safety is in our speed. ~Ralph Waldo Emerson

■ People may doubt what you say, but they will believe what you do. ~Lewis Cass

■ Example is the school of mankind, and they will learn at no other. ~Edmund Burke

■ I believe half the unhappiness in life comes from people being afraid to go straight at things. ~William J. Lock

■ If your work speaks for itself, don’t interrupt. ~Henry J. Kaiser

■ Success will never be a big step in the future, success is a small step taken just now. ~Jonatan Mårtensson

■ He that waits upon fortune is never sure of a dinner. ~Benjamin Franklin

■ The first step binds one to the second. ~French Proverb

■ What ought to have been done, and what shall be done, often stifle doing between them. ~Augustus William Hare and Julius Charles Hare

■ I have always thought the actions of men the best interpreters of their thoughts. ~John Locke

■ Action is the last resource of those who know not how to dream. ~Oscar Wilde

■ There are so many things that we wish we had done yesterday, so few that we feel like doing today. ~Mignon McLaughlin

■ Action is the antidote to despair. ~Joan Baez

■ As I grow older I pay less attention to what men say. I just watch what they do. ~Andrew Carnegie

■ All problems become smaller if you don’t dodge them but confront them. ~William F. Halsey

■ A barking dog is often more useful than a sleeping lion. ~Washington Irving

■ The best way out of a problem is through it. ~Author Unknown

■ Be content to act, and leave the talking to others. ~Baltasar Gracian

■ Men expect too much, do too little. ~Allen Tate

■ When deeds speak, words are nothing. ~African Proverb

■ If ifs were gifts, every day would be Christmas. ~Charles Barkley

■ An idea not coupled with action will never get any bigger than the brain cell it occupied. ~Arnold Glasow

■ We should be taught not to wait for inspiration to start a thing. Action always generates inspiration. Inspiration seldom generates action. ~Frank Tibolt

■ Ironically, making a statement with words is the least effective method. ~Grey Livingston

■ If I set for myself a task, be it so trifling, I shall see it through. How else shall I have confidence in myself to do important things? ~George Clason

■ A promise is a cloud; fulfillment is rain. ~Arabian Proverb
■ After all is said and done, a lot more will have been said than done. ~Author Unknown
■ The vision must be followed by the venture. It is not enough to stare up the steps – we must step up the stairs. ~Vance Havner
■ The shortest answer is doing. ~Lord Herbert
■ He who has made a thousand things and he who has made none, both feel the same desire: to make something. ~Antonio Porchia
■ We are all inclined to judge ourselves by our ideals; others, by their acts. ~Harold Nicolson
■ Deliberation is a function of the many; action is the function of one. ~Charles de Gaulle, War Memoirs, 1960
■ Remember, people will judge you by your actions, not your intentions. You may have a heart of gold – but so does a hard-boiled egg. ~Author Unknown
■ Trust only movement. Life happens at the level of events, not of words. Trust movement. ~Alfred Adler
■ Nature takes away any faculty that is not used. ~William R. Inge
■ One’s action ought to come out of an achieved stillness: not to be a mere rushing on. ~D.H. Lawrence
■ We cannot do everything at once, but we can do something at once. ~Calvin Coolidge
■ Don’t find fault. Find a remedy. ~Henry Ford 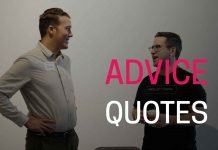 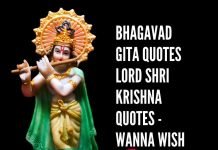